Senpai Ledy started the 2019 by winning the Senior Sportsperson of the Year for her amazing accomplishments in 2018 on the Kyokushin Karate Tournament circuit. Ledy won the NSW, Victorian, Riverina and Australian Full Contact Championships and was selected into the Australian Team that competed at the World Cup in China. Ledy then went on to take 3rd Place in the World Cup. Believe me when I tell you that placing in the World Cup is a very hard task and even harder for Australians competing.  Due to our geographic location, Australians don’t have the luxury of competing in the number of tournaments than the European and Middle Eastern competitors. Only a handful of Australians have either won or placed at World Cup level during our short Kyokushin history. This was made even more special for Senpai Ledy, as it was to be her last tournament. The toll of training and competing has added to her decision. You will now find Senpai Ledy passing on her knowledge during Kyokushin Karate classes at RMA. Congratulations on an amazing career! 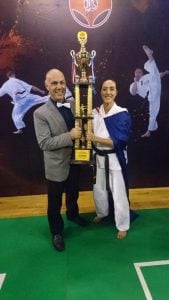 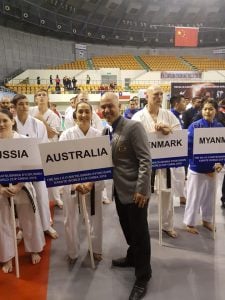 RMA Kickboxing for Beginners has launched!!

Get your two free classes

Fill out the form below and we’ll be in touch to book in your first two classes for free.